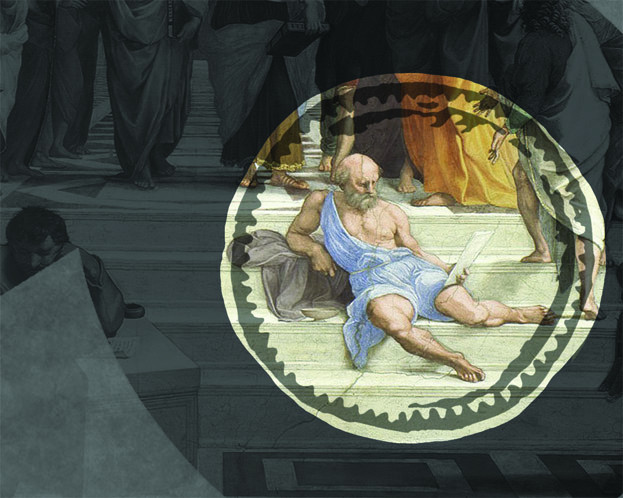 Why is it that today none of Diogenes’ writings survive, despite vast literatures from his philosophical contemporaries having survived? Was his vision of a ‘simple living’ utopia so threatening to the vested interests of the time that his books and essays were destroyed? And how is it that almost two and a half millennia after Diogenes died – in an age that needs his ideas more than ever – the present volume of Diogenes’ dialogues have come to light? The answers lie within.

Advance praise for 'Deface the Currency':

“This is a creative re-enactment of the life, death and ideas of the most influential Cynic of antiquity, Diogenes of Sinope. Lost after 2500 years, the dialogues attributed to him are here recovered through informed historical re-imagination, and in a series of six ‘acts’ Samuel Alexander takes his protagonist from his marketplace teachings through to the final condemnation of his works, and execution of his person. In this quasi-Socratic tragedy, Diogenes’ ideas of simplicity, moderation and natural living are too revolutionary for an oligarchical system to tolerate, and yet prove too resilient to be permanently silenced. Alexander is faithful to the spirit of ancient authors and deftly works in subtle allusions to ancient sources – yet writes ever with an eye to present problems. His Diogenes becomes an essential voice for the revolutionary and potentially apocalyptic transitions of our own time.”

– William Desmond, author of The Greek Praise of Poverty